Home / Articles / 2019 / It's Getting Easier to Find Non-GMO Ingredients

There are indications that supply and demand for non-GMO/bioengineered (BE) ingredients are finding a balance, and maybe for unexpected reasons.

Plantings of biotech crops are not going down (actually herbicide-tolerant [HT] corn has dropped a little), but they've stopped going up, according to most recent (2019) data from USDA's Economic Research Service (see image below).

Yes, HT corn is down 1 percentage point this year, to 89% of plantings, and HT soybeans remained flat at 94% -- where they have been stuck since 2011 essentially. Insect-resistant varieties of corn in 2019 continued their annual 1 percentage point increases, to hit 83% of all plantings.

Those are, of course, very high percentages, and perhaps one can never expect 100% of anything. But they do indicate some plateauing – at about the same time consumer angst over bioengineered ingredients also is plateauing.

While mandatory national BE labeling won’t be required until Jan. 1, 2022, every day it seems another food processor or brand marketer begins making that label declaration. Most simply say "partially produced with genetic engineering, " as small and as low on the box as possible – General Mills has been particularly proactive. But the words are there, and consumers are still buying those products.

Even though federal labeling requirements were watered down, in some people's opinions, and the effective date has been delayed, the very fact that mandatory labeling is coming seems to have quieted the debate. Surveys still find consumers concerned about GMOs, but purchasing actions speak louder than words. The only story Food Processing has published, in print or online, in the past six months was about USDA considering that BE crops could be called organic.

The USDA's acreage numbers seem at odds with the percentage of shoppers seeking non-GMO foods and beverages. The Hartman Group reports that 46% of consumers it surveyed last year said they “actively avoid bioengineered ingredients,” compared to just 15% of consumers surveyed almost a decade before in 2007. The annual IFIC study said 40% of consumers view products with non-GMO ingredients as healthier than identical products made with GMO ingredients. And the verification program at the Non-GMO Project grows 15-20% every year.

Although the USDA numbers illustrate the scarcity of non-GMO crops sewn, one seed company representative says that as the need grows, the farmers have the capability to respond. Derek Rovey, general manager for the Rovey Seed Co., says farmers of white corn, for example, grow their crops under contract to buyers or end users. As demand increases, “The grower base and capacity are there if demand would warrant it.”

There are additional costs associated with growing non-GMO crops. The growers need to set up buffer zones to avoid crop contamination, and they often store the grain on their own farm in a dedicated silo or ship it directly to the end user. While genetically modified seed offers farmers a toolbox for weed and insect control, non-GMO crops require more time dedicated to crop management. The extra work, the buffer space and dedicated transportation make non-GMO crops more expensive than their genetically modified counterparts.

But some processors think it's worth the expense. Mi Rancho, a Bay Area maker of tortillas and Mexican foods, in September launched a line of non-GMO tortillas to complement its current authentic and organic tortilla products. The new products are certified by the Non-GMO Project.

"Since ingredients such as corn are considered high risk for genetic modifications, to deliver tortillas that are made without using genetically engineered ingredients requires close control over end-to-end production, especially suppliers," notes the company. "Mi Rancho works closely with suppliers to ensure appropriate ingredient sourcing and growing practices."

Corn and soy have had their detractors lately on a number of fronts, so some processors are reformulating-out those base ingredients to avoid GMOs. Pea protein has become a favorite of the plant-based and alternative protein market, and peas are almost universally non-GMO at this point.

According to Innova Market Insights data, foods and beverages containing pea protein witnessed a 19% compound annual growth from the beginning of 2016 to December 2018.

Grain Processing Corp. introduced a GMO-free corn-based product in the early 2000s when the European Union enacted its original GMO regulations. Its pricing mimics the higher costs related to growing non-GMO corn. While non-GMO corn ingredients sell at premium prices, “they're not significantly more difficult to source,” the company says.

According to Brian Tompoles, Grain Processing's vice president of sales, the product categories that have contributed most to the rise in demand for non-GMO are nutritional products and flavors. The current and future demand is spread across a variety of food categories.

While non-GMO ingredients are in demand across the nutritional products market, meat and dairy alternatives look for non-GMO solutions as well, says Jeanne Heggie, marketing manager for proteins at DuPont Nutrition & Biosciences.

“In the U.S., the decision to choose non-GM ingredients is driven by the product positioning and customer target, for the most part," she says. "Non-GM ingredients are favored in many international markets, including Western Europe and many parts of Asia."

DuPont indicates it has no issues sourcing the amount of non-GMO soy material it needs to create its ingredient portfolio. “It does require careful planning and foresight into our customers’ anticipated demand,” Heggie notes. Overall, she said, working in partnership with the customer base is the best way to anticipate future needs to stay ahead of the curve for supply.

DuPont Nutrition & Biosciences says it has offered identity-preserved non-GM soy-based ingredients since the mid-1990s. An identity preserved (IP) program ensures the integrity of a particular ingredients supply, whether it be corn or soy. DuPont ensures its supply by contracting directly with farmers to grow IP soybeans on the company’s behalf. A third-party-audited, “robust process” follows that supply from the farmer to “our customer’s door,” she says.

Heggie says that the term “GMO-free” implies zero GMOs. “This is an inaccurate representation of what is possible today, given the integrated nature of our agricultural supply chain. Throughout the supply chain, from growing to storage and transport, adventitious contact between GM and Non-GM soybeans can occur naturally and cannot be 100% controlled. As such, international GM labelling regulations allow for low level presence of GM material in products that are labelled as Non-GM.

“With checkpoints along the way, from the farmers’ field to storage, transport and processing of the final ingredient, we have strict processes in place to prevent cross-contamination with GM soybeans and to ensure our ingredients meet the appropriate regulatory standards for products that are labelled as non-GM.” 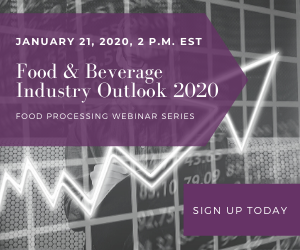